Now that got very emotional but we kinda expected that…

It was beautiful to see many folks at our Goodbye To The Guvnor, Andrew Weatherall celebration at JamCafe, Notts on Saturday 7th March.

Big DDS nods to everyone who boozed, bopped ‘n bunged cash in the pots for Notts Samaritans. Nice to see some bods reppin’ Sherwood too.

Extra special hugs to Bradley Jam ‘n his lovely crew for letting us have their sweet space ‘n keeping The Guvnor juice flowing all night.

And some of The Guvnor’s tunes we dropped (but not all) for those nice peeps who asked and didn’t know. Bless:

Since then, life’s taken a right ‘ol diversion. Not gonna ramble on about (enough noise out there…) but maybe – just maybe – The Guvnor knew. Thinking “Fuck this, I’m off to that ALFOS party in the sky’. Who knows?

We’re lined up to spin at Malt Cross on Saturday 21st March, Disco ‘n edits sesh. Still on as we write this. Checking in with our friends there regularly to get a line.

Obviously, bigger things are getting kiboshed all over. Makes sense as this situation gets more serious.

We’ve put our disco ball back in the box for a few months. Far more important stuff at play now. The party can happen another time…

‘Til then please stay healthy ‘n safe, people. Look out for each other too.

And if ya need tunes to keep goin’, jump in below. Working for us. Some of the time…

We just couldn’t believe fathom it when we saw the tweet late afternoon on Monday 17th February. Thought it was a wind up. Not the best one either.

We dug in then it hit as the tweets piled in from all over. Not a wind up, Andrew Weatherall had died in the early hours. He was 56 years old. No age.

So much intense love and emotion has been shared throughout this week. Overwhelming. It was beautiful to see so many memories and tales being offered up by so many.

We’ve got our own vivid memories of The Guvnor and his musical legacy. Yep, “Loaded” was the first drop we noticed. When his My Bloody Valentine rework landed then we got hooked.

Followed him hard since then. Backed off around time of Two Lone Swordsmen (too abrasive even for us…) then headed back in early 00s. In the last ten years or so, he was on a massive ride going to all sorts of destinations artistically, musically and thematically. Maybe he knew.

Now he’s left us way too soon. No one got near him. No one will ever get near him.

Nearly a week on, we’re still struggling. Had to do something. So we’re collab’g with our big mates at Jam Cafe’ to celebrate his peerless legacy on Saturday 7th March.

Dropping a messy cocktail of his sublime remixes, solo tunes ‘n key connections from 9 ’til late.

Join us as we say goodbye to The Guvnor by raising several glasses and having a dance floor chug or two. Taster of what to expect (or not…) is here.

And one of our favourite Weatherall mixes is just below. Rockabilly vibes drop. Via The Guvnor.

One we did ourselves. For The Guvnor.

Been a while so a cheeky hello and nudge towards to a few sessions we’re dropping.

Back at Malt Cross on Saturday 15th February. Big dub, reggae ‘n ska vibes that one.

Hoping ’20’s gonna be good one. Few nice things stacking up Nick Cave in Brum; SquarePusher coming to Notts; and DDS fam heading off to We Out Here festie.

Big DDS X UCU Notts College social on Monday 14th October! Thanks to everyone who got stuck in. Nice one. Thanks to the performers ‘n speakers too.

Hugs to Kyle ‘n RTN crew for letting us use their ace upstairs space. And a very special thanks to Sam (Mrs DDS!) for all her hard graft to help set up this special night. Couldn’t have done it with her.

Other stuff stacking up, Our new-ish resi at Malt Cross, Notts – 3rd Saturday every month. Next one’s on 16th November. Come, why doncha.

Got us a new monthly residency at The Malt Cross. Proper excited. Always wanted to spin here so big hugs to Luke G and TMC crew. Next sesh is Saturday 21st September, 7 ’til late.

Few other things happening too. Special Dub ‘n Reggae sash at Broadway Cinema on Friday 13th September to accompany their screening of Inna De Yard that night. Tunes get going 7-ish. Teaser mixtape below, too.

One more: our resi at The Angel Microbrewery’s now come to an end. Big nod to Ben R for having us these last few years. Good times, indeed. We may be back… 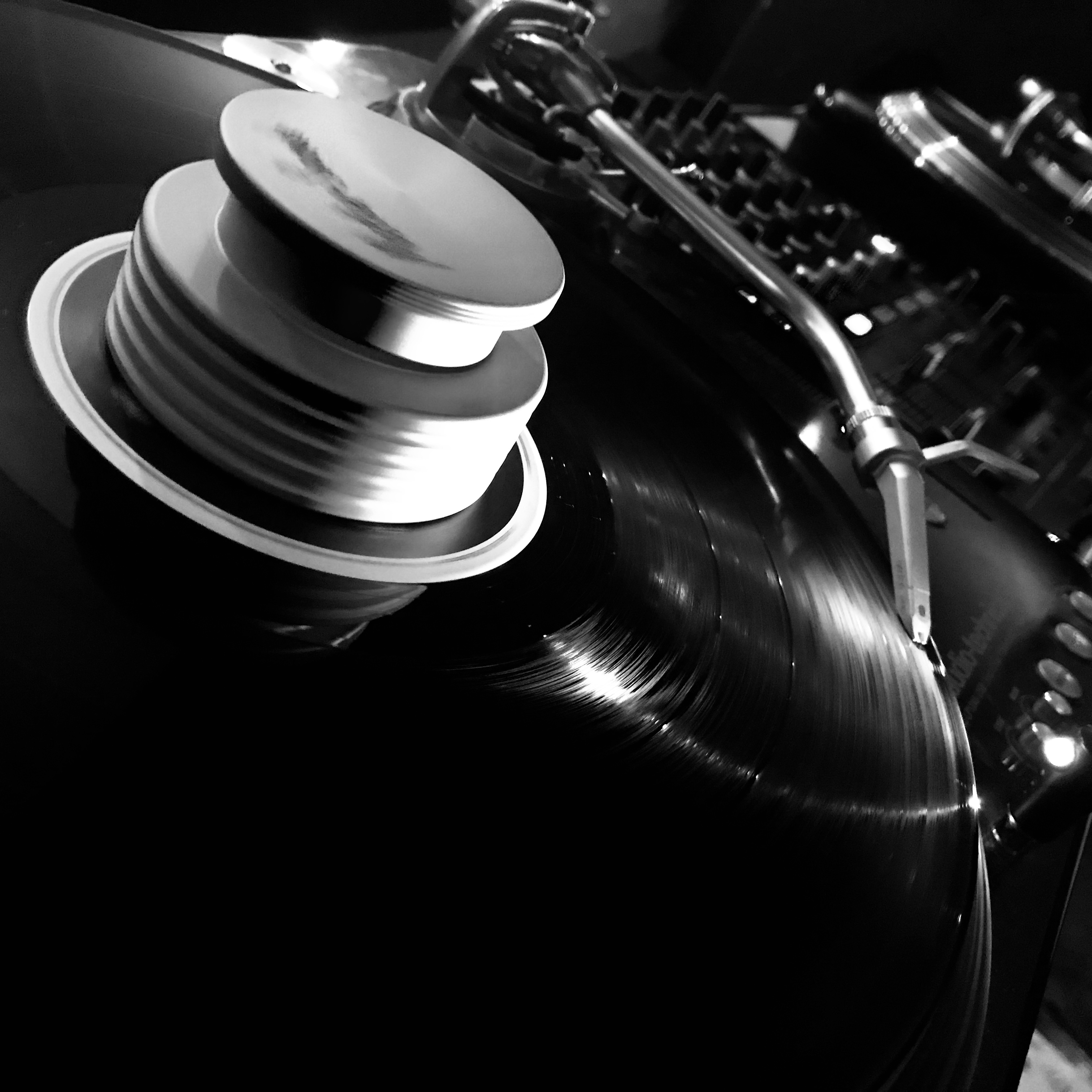 How do. Usual lazy git check in. What y’all been up to? Yep, we hear that…

Been a steamin’ few months of all sorts – gigs and DJ slots. Gang Of Four (or their latest versh) at Rock City especially hit nice ‘n hard. That David Byrne gig at Notts Arena gaff was simply amazing (even in that cavern).

Stand out DJ slots include a special 80s electro pop night at Broadway Cinema tied into Soft Cell’s last ever live performance. And a very recent disco sesh at Jam Cafe, which was a hot ‘n saucy one.

We’re heading towards 2019 with a few more sessions before we bunker in for our Chrimbo and New Year hols.

Droppin’ seasonal cuts on Saturday 1st December at Sneinton Market for their big “Christmas On The Avenues” event. We may even spin a few “festive” tunes for that one. Then we’ve our final ’18 resi slot at The Angel Microbrewery on Friday 7th December. We may even slink in another cheeky sesh, who knows?

Anyhow, if you nodded your head or bopped to our tunes in 2018, we truly salute you. Nice one. Hopefully see y’all again very soon. Enjoy that future seasonal downtime… 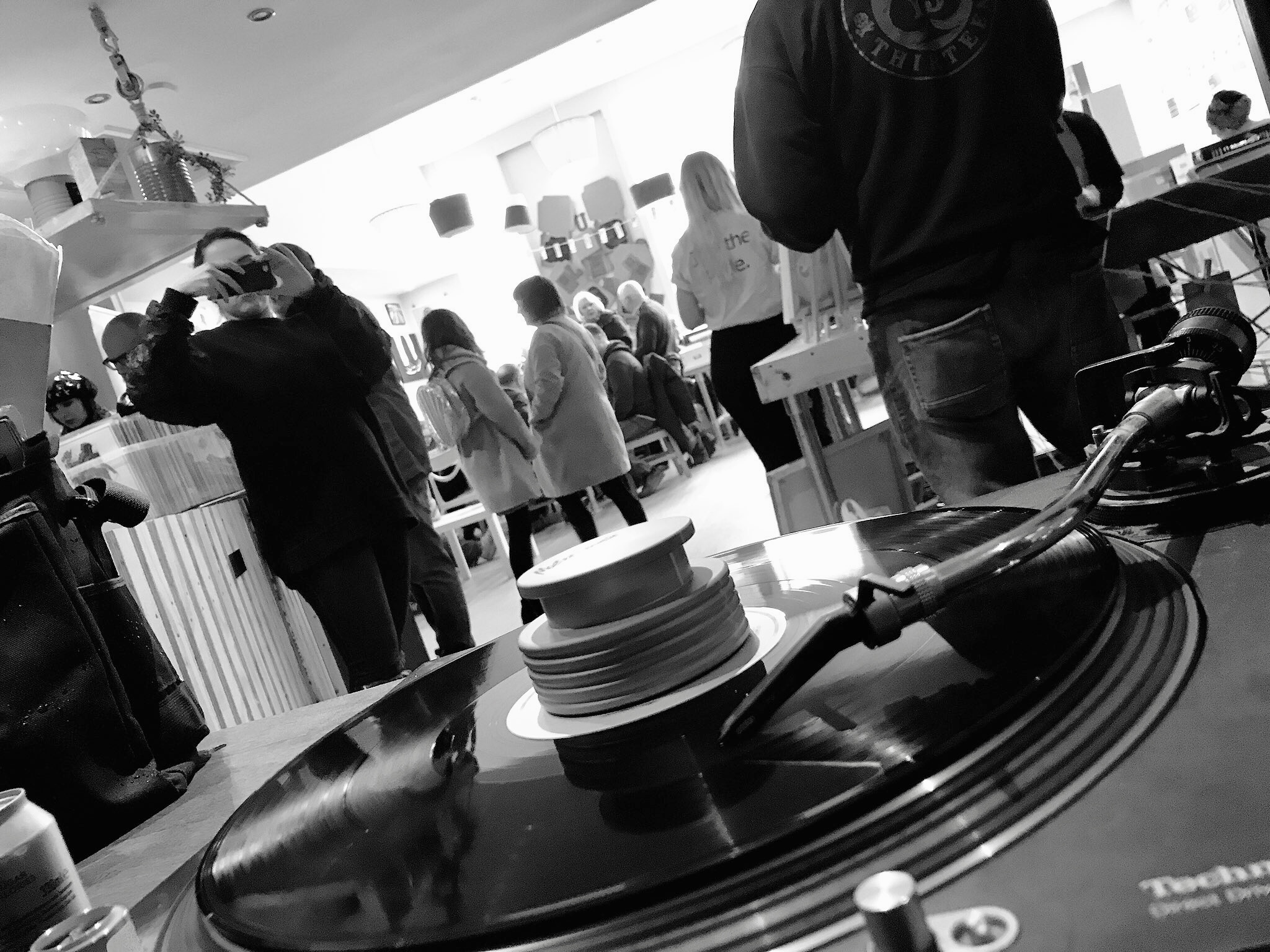 How do. Time for a periodic post thingy. Been ages.

Several months into 2018, how the devil are y’all? Hope y’all well. Just about recovered from Record Store Day in April. Spun loads of fine wax at Rough Trade Nottingham and The Golden Fleece for that one. Possibly the biggest RSD in Notts tahn yet.

Done other fun bits too like playing at the Broadway for a very special Nick Cave And The Bad Seeds themed night. That first Selectadisc celebration at Ugly Bread Bakery few months back was sound as well. Great vibes.

That time of year so we’ve got sweet DDS things stacking up as spring and summer kicks in. Our usual first Friday night monthly resi at The Angel Microbrewery; a special late May bank holiday boogie ‘n disco sesh at The Golden Fleece; soundtracking this year’s Secret Garden Fair for Sherwood Art Week in June. Notts Pride’s happening in July time too. Hoping to be part of that again. Always a cracking day out in the city.

Proper updates on all that and more over at our social gubbins. Plugged into here too. Sorted. Got more mixtapes up at Evermix and Mixcloud. Dip in, why doncha.

What a bleedin’ year 2017 was, eh!?! Pretty fuk’d up in some ways but fantastic in others.

Some cracking big gigs – LCD Soundsystem at Ally Pally, London. Kraftwerk and Nick Cave, both here right in Notts. All amazing experiences. Not forgetting the mighty Don Letts on rockin’ the ones ‘n twos at Rough Trade too.

Been playing out a few times since we last touched this. Our usual resi at The Angel Microbrewery, Broadway, SoBar and The Lord Roberts to name a few. Pix ‘n blurb are up across our usual social gubbins. You know just where to look.

Gonna be bunkering in for January. Back out spinnin’ for our first resi sesh of 2018 at The Angel Microbrewery on Friday 2nd February. We’ll keep dropping sweet nuggets on the first Friday of every month. Grand. Thanks to Ben and Steve for having us back. Obliged.

We’re also made up to be part of a very special Selectadisc celebration on Sunday 11th February. Site of that legendary record emporium is now home to Ugly Bread Bakery. UBB crew have wanted to pay homage to Selectadisc for ages and now it’s happening. There’ll be DJs doing their thing in tight 30 mins’ mini-slots, vinyl ‘n merch for sale and plenty of food ‘n drink. We’ll be spinning post-punk wax from 1.30 ’til 2pm. Join us.

We’ll be DJ’g again at The Lord Roberts sometime in February too. Hoping to make that a regular thing. More info to come, folks.

Don’t forget, you can get a cheeky taste of our sessions at
Mixcloud.com. We’re also dropping mixtapes over at Evermix.fm as well. 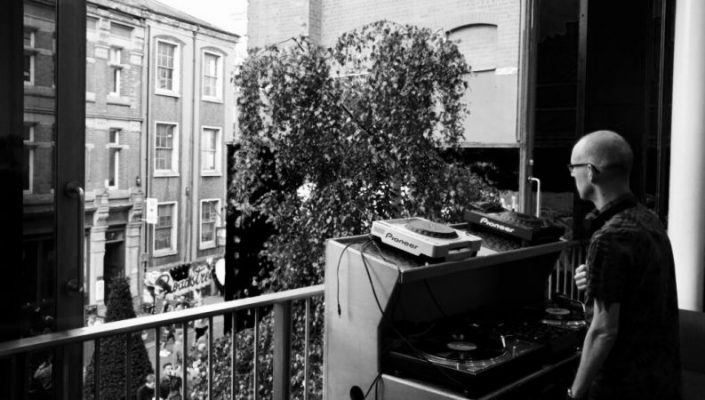 What a crackin’ summer of DirtyDiscoSoundsystem gigs!

Shout outs to The Angel Microbrewery, Broadway Cinema, Blackwoods Scouts, Rough Trade Nottingham, Sherwood Arts Week ‘n Stiff Kittens crews. Massive thanks, people – we had a right blast. Big nods to everyone who bopped at our sessions, said hi ‘n requested some tunes (even all the dodgy ones!). Nice one, folks.

Next up’s our usual first Friday each month resi at The Angel Microbrewery on 6th October. Then back again on 3rd November and 1st December. Different vibe each night. Pop along, take in a brew and maybe have a bar space boogie too. Just be grand to see you.

May be a few other things DDS-wise happening as well. We’ll keep you posted on all that. 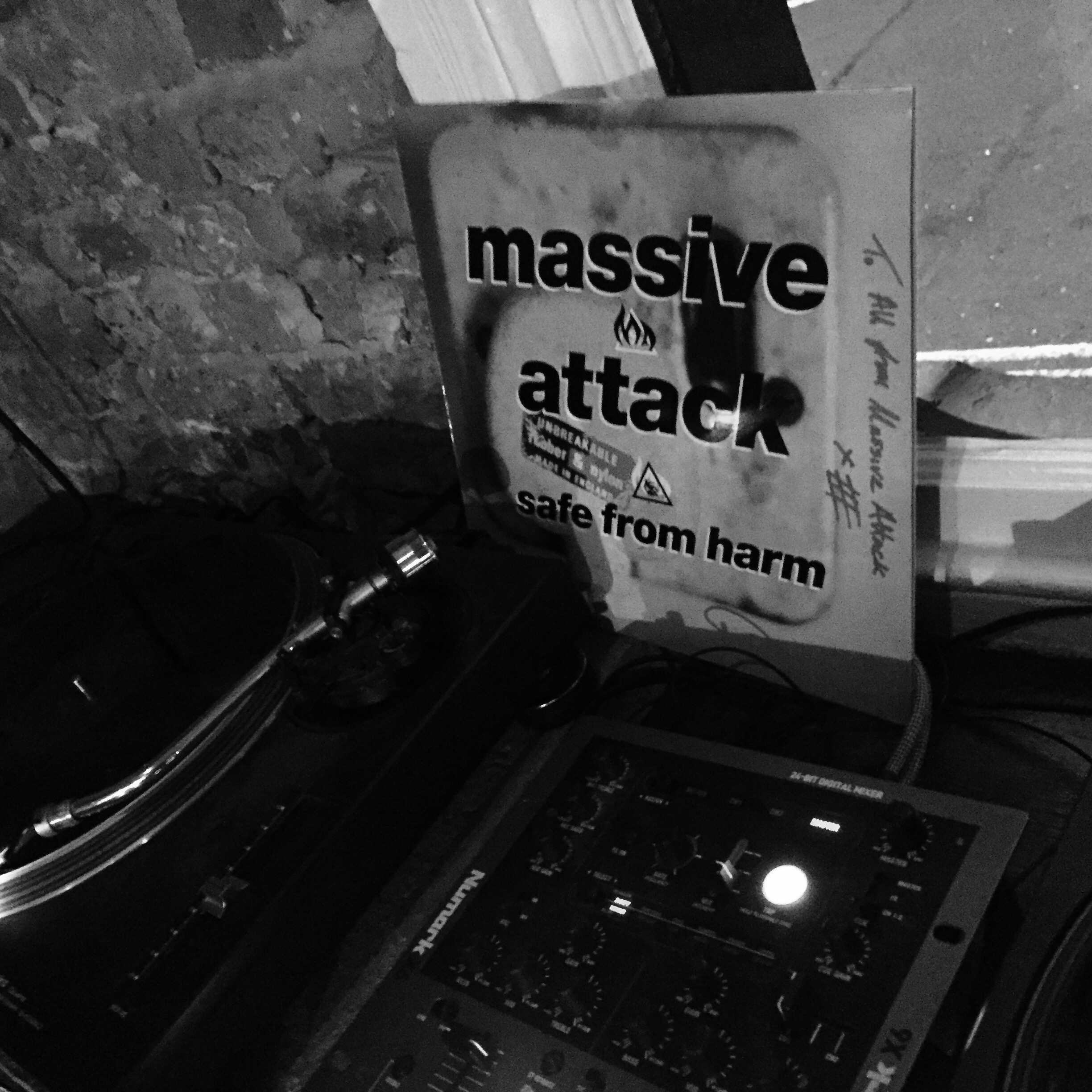 Next up is our all-day slot at Sherwood Art Week’s Secret Garden Fair on Saturday 24th June. Dropping tunes all day in and around the acts lined up. Times 10am ’til 6pm. Kinda. If you’ve been, you’ll know the score. Gonna try lift the vibe a wee bit. Well, that’s the plan…

Not forgetting our usual first Friday in month at The Angel Microbrewery on 7th July. Twisted Disco feel that time.

Plus our annual all-day sesh at Blackwood Scouts Beer Festival on Saturday 8th July. Big one, that. Spinnin’ from 2pm ’til 9pm or so. Hope it’s proper sunny, people.

And we may just be doing something for Notts Pride too. More info on that coming soon…